That Ayn Rand’s rise in popularity coincides with the widest gap between rich and poor in US history should be seen as no coincidence. Her books are today much more popular than when she lived and attempts are being made by very wealthy parties to sell her ideology as the philosophy of our era.

Ayn Rand has been accused of Vulcanism, that is of exhibiting an attitude of pure logic unbalanced by empathy and humanity like the character Spock from Star Trek, who is from planet Vulcan. When people of high intelligence lack human empathy, they can be intellectually arrogant, even narcissistic.

One of the major criticisms of Ayn Rand is that all her heroes are narcissistic sociopaths, as she is: they are concerned only with themselves, with their own purpose and ambition, and they are entirely unconcerned with others.

Rand also ignores context in her assessment of reality: the persistence of her logic leads to places where philosophy gets utterly divorced from common sense and reality. Philosophical materialists must contend with the facticity that we are woven into in its entirety, even with those aspects of our facticity that are what she would view as not heroic, like the hunger of the masses.

There are practical reasons why we should address the hunger of the masses, that escape Rand. The hunger of the masses has throughout history had great power. Angry mobs can easily ignite revolutions and social upheaval. Rather than acknowledge the history of how hatred of the poor has led to their rebellion and to unrest, Rand dismisses the poor as parasites and their struggle as the pursuit of things not deserved.

There is further criticism of a lack of context in her thought. Rand argues that people have no right to be proud of accidental identities, like our race or gender, because they are not the result of our work. That’s usually a legitimate argument. However, there are people to whom society constantly says that they should be ashamed of who they are. This is the case with sexual minorities, blacks, etc. In these cases, great unnecessary emotional and mental harm is done (as quantified in rates of suicide and violence) and pride is a wholesome antidote and a remedy to shame.

The only way to accurately read the text of reality is within its con-text.

I am another you. You are another me. – Mayan proverb

But the main Epicurean criticism of Rand, many of whose followers claim Epicurean leanings, is her inability for human empathy. Even when rejecting societal consensus and the collective hypnosis of much of the general culture, Epicurus acknowledged that friendship, the ability to connect with others, is the most fundamental ingredient for being grounded, for being safe, for human happiness and well-being.

Although initially there may be a utilitarian, or selfish, reason to make a new friend, ultimately what they add to our lives is of such value that true friends may be willing to give their lives or otherwise make huge sacrifices for each other.  Regardless of why we may choose to make a new friend, ultimately the Epicurean ideal of philia is unselfish and (oh dear!) altruistic.  Altruism is the most hated word in Rand’s philosophy.  The notion that one should genuinely care for others, and act on this genuine concern is seen as unnatural devolution by Rand’s followers.

And so this is where Rand’s disciples, even those who claim to be Epicureans and who equate libertarianism with autarchy, have rejected a fundamental aspect of Epicurus’ teaching.  The most important ingredient in happiness, philia, requires a transgression against selfishness whereas Rand’s philosophy is encapsulated in a work titled The Virtue of Selfishness.

If ancient Epicureans had perceived that their mutual friendships were merely the fruit of a strategy by others to use them, their loyalties would not have endured the way they did. It would have been easy to see through this fundamental insincerity, and their whole lifestyle would have been a hypocrisy.  Instead, what we see is that the Gardens didn’t close until Justinian forced them to close in the sixth century: they obviously had consistently developed strong bonds of loyalty and friendship.  Like Normal DeWitt said, Epicureanism runs on philos.

If we develop a healthy inter-subjective view on human relations (rather than a subject-object view) and if we embrace the ideal of non-oppressive relations between equals, we’ll understand how in Epicurean doctrine, altruism and utilitarianism are not necessarily mutually contradictory.  Both are useful and necessary if we are to relate in a manner that fully recognizes all the perspectives of both subjects in the relationship.

Rand was profoundly intelligent, but reality is complex and extremes are never healthy. 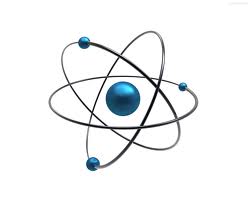