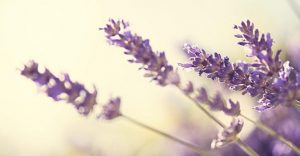 For many years I’ve used lavender and other essential oils in infusions and for hot baths in my home, not knowing that I was practicing the art of aromatherapy. While reading a book by Michel Onfray recently, it occurred to me to look into this therapy associated with our most devalued faculty: the sense of smell.

Before I continue, I must clarify that here, I am referring to aromatherapy as a component of the regimen of pleasure that an Epicurean may develop, not as a medicinal therapy. There is no clear scientific evidence that proves that aromatherapy cures illness–although this does not mean that it does NOT cure or alleviate some conditions, in some instances. I’m interested in aromas from the perspective of a philosophy of pleasure, and from the perspective of the senses–and particularly the sense of smell–being a neglected object of philosophical discussion.

In his Spanish-language book Las sabidurías de la antigüedad (The Wisdoms of Antiquity)–the first in what appears will be a counter-history of philosophy book series–, French neo-Epicurean philosopher Michel Onfray discusses the sense of smell as a devalued sense that, in the public imagination, is often linked to dogs and other lower animals who are excited by sexual pheromones or by the smell of potential prey.

Aromas can create an ambience, or at least add great pleasure and beauty to a space and to an experience. They also help to build memories, as smell is processed in a part of the brain that is also in charge of memory-building and the processing of emotions. This is why scent can sometimes trigger flashbacks of memories when we come to a place we haven’t visited in a long time. It’s also why certain aromas can produce melancholy or cause us to miss our loved ones who aren’t here anymore. Like other mammals, humans use scent in the forming of bonds.

Scent is used for tracking and has been of great benefit to our society, particularly in the realm of law enforcement and investigation of crime (through the employment of trained dogs).

The sense of smell is essential for detecting germs and potential disease-causing agents, not just in the trash-can and other obvious places, but in our plates. Humans are probably one of the few mammals that have mostly forgotten the importance of taking in the scent of a meal prior to consumption. The sense of smell and taste are connected, which is why the aroma of good food makes us salivate as if we were already eating. By the same token, when we sense a bad smell in our food, we are instinctively repulsed. This reflex is a natural protection against disease. I invite my readers to learn to recognize smells both familiar and peculiar and to be more sensually present and to use their sense of smell more mindfully, particularly at the dinner table. This will enhance your enjoyment and identification of sensorial experiences.

Onfray helps us to think about the ways in which we materialists can philosophize, which are different from how idealists philosophize. Rather than relying on logic and on writing, Onfray says that hedonists should be more open to oral tradition, storytelling, and to theatrical displays where the teachings are embodied, not merely written about or pondered.

He accentuates the importance of anecdotes, which made me think of the anecdote of Epicurus’ manner of death and how it demonstrates the power that mental pleasure can have over bodily pain (see Principal Doctrine 20); or the anecdote of how the Platonists in Mitilene exiled Epicurus under threat of accusing him of blasphemy and he nearly shipwrecked, an expulsion which I’ve compared to Muhammad’s hajj or Moses’ out-of-Egypt journey for its pivotal place at the onset of the history of the hostilities between the materialists and the idealists, and for helping to give birth to a new paradigm that is in strict opposition to Plato. The counter-history of philosophy is composed, to a great extent, of commentaries about these seemingly minor anecdotes, in addition to the surviving literary fragments and archaeological objects.

One anecdote that Onfray takes the time to elaborate concerns Aristippus of Cirene–the inventor of hedonism–showing up at the agora wearing perfume. Like many other details in Platonic discourse, the anecdote is meant to show disdain, to caricaturize the pleasure-seeker as soft, as unlike the men of “virtue”. Onfray then goes on to discuss the role of the sense of smell as a “lower” instinct, and how different from the “higher” senses of sight and sound it is–sight, in particular, perhaps because it is most reminiscent of the Platonic “forms”? But the sense of smell is too earthly, too basic, too animal, too base.

Aristippus–like other hedonists–was accused of being soft, feminine, for showing up at the agora wearing perfume. But aren’t many of the things that make life worth living–and for the sake of which we philosophize–soft, supple, or feminine? Doesn’t nature often place tenderness in our hearts with regards to these things? Doesn’t life itself come in soft, vulnerable packages? We are reminded here that the “philosophers of virtue” follow an ideal that is masculine: the etymological root of both virtue and manhood in Latin is vir. Against this ideal, whatever is identified as feminine is considered NOT virtuous. Is this opinion useful or necessary? Is it based on the study of nature?

The Platonists are not the only ones who sin against the pleasures linked to this sense or deny its importance. Even one Epicurean of my acquaintance dismisses the use of incense–which produces a pleasant ambience and aroma with no significant perturbances–as an “Eastern” practice, although incense has always been used by the Christian Churches in the West and recent studies even suggest it has psychoactive and mood-boosting effects that alleviate anxiety and depression.

No philosophical evaluation of smell would be complete without including Lucretius’ discussion of how we can prove the existence of particles too minute to be seen by the naked eye in De Rerum Natura I:270-328. Lucretius mentions how we feel the wind in our faces and we see it moving the clouds as well as moving ships in the seas; how molecules of moisture disappear into the air slowly; he mentions the existence of germs in passing, and other examples of things seen in nature that demonstrate that molecules abound everywhere unseen. One of the points that Lucretius is making is that we must not rely only on visual testimony. It is here that he says:

Then too we know the varied smells of things
Yet never to our nostrils see them come.

Lucretius is saying that Epicureans must rely on more than sight and the pleasure-aversion faculty to philosophize properly. Smell is included in the Epicurean Canon: this means that nature has established that it is one of our connections with reality that can not be replaced by any other faculty, and furthermore that the sense of smell has sole jurisdiction over an aspect of reality that no other faculty may invade. No other philosophical system confers this kind of authority on an instinct as “base”.

Aromatherapy can serve, not as a therapy in the medical sense, but as an item in our pleasure regimen and an affirmation by a philosopher of a devalued instinct, of sensorial beauty and pleasure, of comfort, and ultimately as an affirmation of the senses and of the body.

Why might it be easier to fool your eyes than your nose?