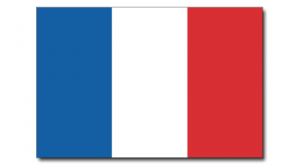 The members of the Society of Friends of Epicurus express our solidarity and deep affection for all the citizens of the French Republic, which has been a beacon of Republican (that is, non-monarchic and anti arbitrary authority) secular values for centuries. 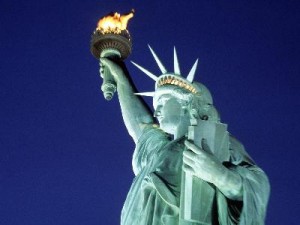 It was France that gave the United States its Statue of Liberty as a token of shared Western values, with its torch kindling in our breasts what became a central part of our identity. There are statues and other monuments to Liberty in other parts of the world also. We are not just two sister nations. We are a legion.

It was the French Revolution that first confronted the evil clergy in Europe which had fomented religious hatred, war and misery, perpetuated unfair and unjustified class divisions for centuries, and kept the population ignorant and docile for the benefit of parasite dynasties.

And now, the following two memes have been unfortunately added today to the Lucretian Meme Page, which grows with every religiously inspired attrocity that happens.

The above memes were also inspired by the rememberance of the things that were said by the predecessors in our wisdom tradition, particularly in this case the poet Lucretius. Here is what our friend Cassius posted in the Epicurean Philosophy group after the Paris attacks:

In regard to Paris 11/13/15, there is one line of Lucretius that stands out and that ought to be burned into every Epicurean mind, an exercise that would be much more useful than the standard “praying” and gnashing of teeth:

In my own word-for-word Latin stream of consciousness, I prefer to translate that as: How Much – Religion – has the power – to persuade – to evil things!

Yes, Paris is burning, but so are the pens and the voices of millions of its defenders everywhere burning with ardor. Legions of secular bloggers, journalists, authors, activists, parents, intellectuals, and allies will weave the accurate narrative to neutralize the persistent, evil propaganda that will in all likelihood use the Paris events to invite people to pray and to fear their God, as if prayer had somehow been observed to solve the problems of religion and its tyranny in the past.

They will also invite people to believe that obscure, evil prophecies are coming true, or worse that they MUST com true … prophecies that see violence, misery and war everywhere and that warn about their inevitability, evil oracles that were seeded in the culture eons ago by ranting, paranoid, irresponsible, superstitious madmen with no knowledge of the nature of things and no caring investment in the welfare and happiness of future generations. And then they will invite people again to subject their bodies and minds to acts of bowing, kneeling, and praying … in spite of the supposed inevitability of the doom they themselves announce!

No, this is NOT the time to pray.

This is the time for Epicureans everywhere to educate their peers about the harmful effects of superstitious and religious thinking, demonstrating in concise terms how prayer and kneeling and bowing and submitting to any kind of arbitrary authority, invisible or not, does not solve, and has never solved, a single one of the problems that humanity faces.

It’s time to educate others on how it’s better to stand than to kneel, and it’s better to open our eyes instead of closing them like praying people do, to see things and to apply our faculties to the observable facts, before any course of action or decision is taken, as we were reminded by our friend from Greece who authored Aitio Paronta.

The enemies of human freedom and happiness will likely continue trying to kill and intimidate secular bloggers and content creators, like they’re doing in Bangladesh, but each one they kill will breed many more who will take note and speak up. In the Epicurean tradition, we honor the comedian Lucian as an example of how comedy, irony, and free speech can be employed to enlighten, as well as to en-lighten (lighten up, through laughter) people on these issues.

Will you kneel, will you bow, will you pray … or will you open your eyes, awaken your faculties, and stand up? The choice is yours. If you stand up, we are proud of you and thankful that you’ve joined us. One Love!

I woke up this morning to news of Islamic militants in France killing 12 people in order to avenge their prophet Muhammad for the imaginary crime of depicting the prophet. Immediately, thousands of secular activists took to social media to decry the demented incident and to express their solidarity with free expression.

The tradition of mocking false prophets goes back to 2nd Century Roman satirist Lucian, who authored “Alexander the Oracle-Monger“. In the concluding paragraph, Lucian stated:

My object, dear friend, in making this small selection from a great mass of material has been … to strike a blow for Epicurus, that great man whose holiness and divinity of nature were not shams, who alone had and imparted true insight into the good, and who brought deliverance to all that consorted with him. Yet I think causal readers too may find my essay not unserviceable, since it is not only destructive, but for men of sense, constructive also.

Alexander was a false prophet from what is now Turkey who claimed to have been sent by Apollo to give oracles and to confer healing upon the people. To impress people, he carried around a large snake-god known as Glaucon, some effigies of which still exist. Concerned about the Epicureans’ persistent attempts to expose him as a fraud, and about the potential loss of clients as a result of Lucian’s accusations, the prophet pretended to befriend and assist Lucian on a journey, and paid someone to have him murdered at sea, so that his body would never be found. However, the mercenary sent by the Oracle-Monger repented, confessed, and allowed Lucian to live, as a result of how affable and friendly Lucian had been to him, and Alexander’s strategy failed.

Lucian lived, but because (then as now) religion enjoys so much favor among the powerful, Lucian was unable to have Alexander prosecuted for attempting to kill him. So his act of vengence, in the end, was to write shit about him, to expose him once and for all, via one of the most enjoyable satires of religion ever written. Alexander the Oracle Monger is one of the earliest works of secularist comedy ever written, if not the earliest.

We are in the 21st Century. So much has happened since Lucian, yet so many things remain the same. Religious privilege remains, to a large extent, unchallenged. False prophets abound in every culture. We still hear reports of quackery and faith healing.

And mercenaries are still sent by false prophets, even dead ones, to kill comedians.

These mercenaries equate laughter, comedy, satire, with terror and avenge them in kind. They are terrified of this mystery of free expression, terrified of how the ink of a pen acts like blood, giving life to our ideas and making their ideas obsolete. The pen (or its modern version, the keyboard), today as in the days of Lucian, is a weapon of mass destruction and the words of comedians are bombs from which no shelter can protect them. Like radio waves, they expand in all directions, aren’t bound by gravity, and the entire world can be exposed to the dangerous radiation within seconds. This is the power that content creators today have, and the religious fascists are terrified of the irrevocable advance of this new power, unable to accept and understand that this is a new paradigm, that we’ve entered the age of information.

Please join me in striking a blow for Epicurus today by reading, enjoying and sharing Alexander the Oracle Monger in solidarity with #CharlieHebdo.

Originally written for The Autarkist.